The main objective of this project is to test the accuracy and reliability of electronic sensors in measuring spinal movement and to develop a new outcome tool for spinal mobility. Current methods rely on tape measures/goniometers and are not reliable/responsive enough to evaluate new treatments for axSpa. We have now completed three validation studies – a reliability study, a criterion validity study comparing sensor accuracy to the UCOTrack© gait lab system, and an exploratory ambulatory study.

A multi-centre study is underway testing the responsiveness of our IMU spinal mobility index alongside MRI pre/post biologics. We have also developed a smartphone app to allow researchers to use these electronic spinal mobility tools. 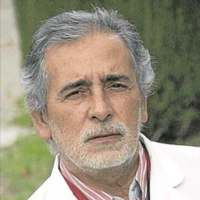 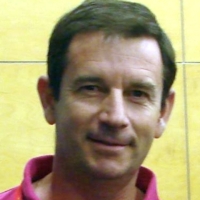 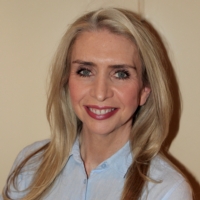 One of our early studies led by Philip Gardiner (Londonderry, UK) involved testing 40 patients with axSpA to find out if measurements of spinal mobility using the ViMove© sensor (DorsaVi) were reliable. The results confirmed that sensor measurements remain the same no matter which therapist was doing the test or if the test was repeated a week later. This is the first such study to demonstrate the reliability of spinal rotation tests, previously thought to be a weakness of older IMU technology. A composite score (IMU-ASMI) was developed, combining all of the planar movements in the cervical and lumbar spine to generate a new and reliable outcome score for spinal mobility.

The other core validation study led by Juan-Luis Garrido-Castro and Eduardo Collantes-Estevez (Cordoba, Spain) involved testing the sensor measurements against an accurate electronic motion detection system. Motion capture systems are widely regarded as the gold standard for measuring body movement accurately. This team had previously developed and validated the UCOTrack© motion capture system specifically to measure spinal mobility in axSpA. Their study established that ViMove© sensor tests have a high degree of accuracy, comparable to that of their motion capture system. A strong correlation was found between spinal mobility tests and structural damage scores based on x-rays. Their study also provided validation of a new sensor positioning protocol which includes the thoracic segment of the spine, particularly relevant for axSpA clinical studies.

The third study led by Fiona Wilson (Dublin, Ireland) recruited another group of 40 axSpA patients to test whether or not sensor tests of movement and function can be carried out accurately at home. In this study, patients carried out movement tests in clinic with and without supervision and then again at home using recorded video instructions. Patients then continued to wear them for up to 24 hours alongside completing some questionnaires and a symptom/activity diary. During this period they carried out several standardised functional tests. This study has demonstrated for the first time that unsupervised range of movement tests can be carried out accurately without supervision by following video instructions. These results open up new possibilities both for clinical research and for patient self-management.

The fourth pilot study in Cordoba tested the sensitivity to change of sensor tests against the UCOTrack system in 20 patients before and after starting biologic drugs. This study has shown that both the UCOTrack system and the IMU based spinal mobility score have significantly greater responsiveness to change compared to BASMI. This was part of a three-centre observational study using concurrent spinal mobility tests and MRI outcome scores led by Pedro Machado (London, UK) including Londonderry as a third study site. This MRI study is still underway, but we are confident that it will provide further information on the relationship between changes in MRI inflammation and changes in spinal mobility scores.

Several meetings have been held in Londonderry with a patient interest group both at the design stage and when results have become available. Letters have been sent out to all participants in our reliability study to inform them of the results.

In Spain, a first meeting has been held for patients at initial stages. Some preliminary results have been presented to representatives of CEADE in their annual congress. During the national congress of family medicine for chronic patients (SEMERGEN 2018), patients and members of our research group presented an oral communication titled “keep moving: devices for evaluation and monitoring of mobility in rheumatic patients.”, which won the prize of the best oral communication of the congress.

Patient research partners in Spain and the UK have attended workshops to discuss the project. Patients are also involved in the design process for the smartphone application. The feedback from patients involved in home measurement testing has been very positive.